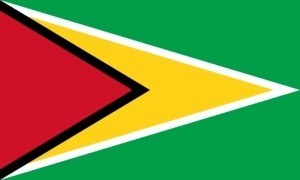 on 6 June 2016. It comes from their national affiliate, the Guyana Press Association.

The Guyana Press Association (GPA) calls on the Guyana Police Force to execute an in-depth investigation into the presence of a live grenade near a vehicle owned by the publisher of Kaieteur News, Glenn Lall, on the evening of Saturday June 4, 2016. Regardless of the motive, the act alone has a chilling effect on press freedom.

We take this opportunity to call on the intellectual authors and/or perpetrators to desist from such a dastardly act.

All stakeholders in the international community, opposition, government and civil society must speak out against what seems like a calculated act to intimidate the work of Kaieteur News.

The media in Guyana must be allowed to carry out its crucial work of being society’s watchdog, ensuring transparency and efficacy in state and the private sector, without frightening distractions like these.

The GPA notes the government’s prompt statement condemning the attack and of its full support to the Guyana Police Force in the investigations. We stand in solidarity with the staff of Kaieteur News and the wider media community in this period.

About the incident, the Association of Caribbean MediaWorkers said they look forward to prompt action by the authorities in Guyana to get to the source of this outrageous act.