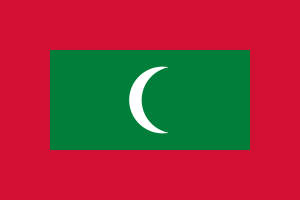 Raajje Television reported death threats against its staff to the Maldives Police Service (MPS) on Thursday, March 2, 2017, after the station received phone calls threatening to kill journalists on the Faafu Atoll. The threat was received after the station dispatched a crew to Faafu atoll ahead of a state visit to the Maldives by the King of Saudi Arabia, who is expected to sign a controversial USD10 billion deal to develop the atoll.

The opposition-aligned Raajje TV tweeted: “RaajjeTV journalists receive death threats – Do not send your reporters to Faafu Atoll, we will kill them!”

Meanwhile, in a separate incident, the police had already taken journalists Hassan Mohamed and Hassan Moosa of the Maldives Independent into “protective custody” in Faafu Atoll on Wednesday night, March 1 after ruling party supporters threatened them with assault. They were held overnight and released at 10:00 am on March 2. The police refused to let them contact their families or editors, and turned down a request by the Maldives Independent to speak to them on Wednesday night. A police officer looked through their notes and photos before they were released.

In a statement, Ahmed Naish, acting editor of the Maldives Independent, said: “We are extremely disappointed with the police conduct in handling the complaint lodged by our journalists. The police claimed that they were held in protective custody but they were treated like suspects. We thank the police for keeping our journalists safe. However, in cases of protective custody, it is essential for the police to maintain communication with family and employers.”

The IFJ said: “The IFJ condemns the death threats to journalists of the Maldives Independent and Raajje TV. The threats were clearly an attempt to intimidate the media and journalists to stop them from reporting on the development plan for the Faafu Atoll. The IFJ urges the Maldivian government to urgently investigate the threats to the journalists, take action against those responsible and ensure safety of the journalists.”