Lawmakers in St. Vincent and the Grenadines should amend or scrap a draft cybercrime law that would allow 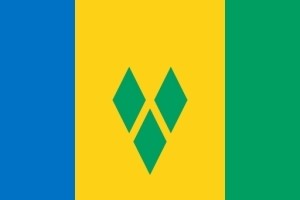 for prison sentences of up to two years for defamation, the Committee to Protect Journalists said today. Legislators are expected to consider the draft on Thursday, an opposition politician told CPJ.

The most recent draft of the law provides for prison sentences of up to two years for “a person who uses a computer system to unlawfully publish any defamatory matter concerning another person, whether negligently or with intent to defame that other person,” Anesia Baptiste, an opposition politician who participated in the committee that reviewed the bill, told CPJ. The Penal Code of St. Vincent and the Grenadines already includes penalties of up to two years in prison for defamation, which applies to print, writing, and broadcast media.

“We urge legislators in St. Vincent and the Grenadines to reject the draft law on cybercrime in its current form and to immediately strike existing criminal defamation laws from the Penal Code,” said Carlos Lauría, senior program coordinator for the Americas. “Criminal libel laws violate international standards for free expression and could have a chilling effect on the free flow of information.”

The bill also defines “cyber-harassment” as using a computer system to send another person any “information, statement, or image that is obscene, constitutes a threat, or is menacing in nature,” and causes another person to feel intimidated or harassed. It can be punished by up to a year in prison. A similar provision on “cyberbullying” establishes a punishment of five years in prison for the repeated distribution of material that causes another person to feel intimidated or distressed and that harms their health or reputation.

Baptiste said she is worried that broad and vague language in these provisions could threaten freedom of expression.

Baptiste is the leader of the Democratic Republican Party, which is not represented in the St. Vincent and the Grenadines’s legislature. She was invited to sit on the committee along with select other public officials and members of civil society, in part to fill the gap created by opposition legislators’ boycott of legislative sessions since the hotly contested general elections of December 2015.

Vincentian Prime Minister Ralph Gonsalves said the bill went through an extended period of drafting and was still under review. Responding on July 29 to a letter by Reporters Without Borders, Gonsalves argued in favor of the provisions for criminal defamation, saying that the laws ease “peace, tranquility, and nonviolent responses by victims of defamation.”

For a comparative study of criminal defamation laws in the Americas, see CPJ’s campaign, Critics Are Not Criminals.