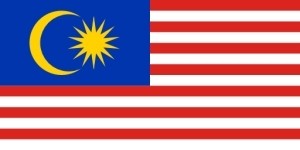 Protect Journalists said today. Police have opened a criminal investigation into the website, and a government-linked pressure group has threatened to “tear down” the website’s office.

Khalid told the Malay Mail Online that Malaysiakini staff could be arrested under the 2012 Security Offences Special Measures Act, which carries the death penalty, contingent on the findings of the investigation. A special team, led by the federal Criminal Investigations Department, will be formed to conduct the probe, Malaysiakini reported. The website’s staff have not been summoned by police, according to the site’s founder and editor-in-chief, Steven Gan, who spoke with CPJ by telephone today.

“The notion that Malaysiakini’s independent reporting could somehow be a threat, rather than boon, to Malaysia’s democracy shows how contorted the government’s priorities have become,” CPJ Senior Southeast Asia Representative Shawn Crispin said. “We call on police to stop this politicized probe and for the government to cease threatening independent journalists.”

The investigation comes amid local media reports that the U.S.-based Open Society Foundations (OSF) provided funds to Malaysiakini and local nongovernmental organizations, including the Bersih 5.0 group, which plans to stage a mass rally on November 19 to call on Malaysian Prime Minister Najib Razak to step down over fraud allegations involving a state investment fund. Malaysiakini broke several stories on the politically sensitive scandal.

Gan told CPJ that Malaysiakini discloses its funding sources on its website and that the website received a one-off OSF grant in 2011 to produce video documentaries.

A pro-government group known as the “red shirts” on November 5 called for Malaysiakini’s closure in a street protest held in front of the website’s Kuala Lumpur office, news reports said. In a November 3 meeting with Malaysiakini editors, the group’s leader, Jamal Yunos, threatened to “tear down” the website’s office building if it did not sufficiently explain the purpose of the OSF grant. The protest was staged without incident, with a heavy police presence, news reportssaid.

On October 15, the red shirt group assaulted, threatened, and forced three reporters from The Star newspaper to delete video footage they had taken of a confrontation between the “red shirts” and rival Bersih 5.0 supporters, according to press reports. The assailants repeatedly asked the reporters from The Star if any of them were affiliated with Malaysiakini, the reports said. CPJ research shows that journalists frequently come under attack while covering political street demonstrations in Malaysia.