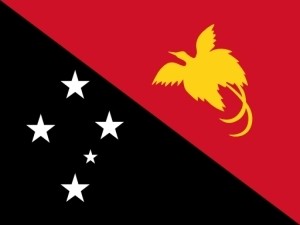 insurance to protect colleagues increasingly under attack. “Journalism is obviously having an impact if attacks are anything to go by,” says PFF Co-Chair Monica Miller. “Equally obvious, Papua New Guinea journalists need greater security to protect them against such attacks.”

As the regional Article 19 network, PFF is raising strong concerns over the safety conditions for their media colleagues in PNG. The concern comes after two journalists were wounded in a machete attack last week [September 15, 2016]. They were on assignment with Goillala MP William Samb and his District Administrator Titus Girau on a visit to the Central Province electorate.

Journalists Clifford Faiparik of The National and Jason Gima Wuri, of the state owned National Broadcasting Corporation, were travelling with the group, who were accosted by assailants while returning to Port Moresby late Thursday, last week (September 15).

Reports cite the attack as taking place along the Hiritano Highway, with Samba and his District Administrator the main targets for the roadblock-style attack by men armed with machetes.

Faiparik was treated and discharged for elbow wounds, while Wuri underwent surgery and is recovering from gash wounds to his right-hand. The team escaped by driving through the makeshift barrier the attackers had used to stop the vehicle. A photo published by The National shows Faiparik with his forearm and hand bandaged, and appearing to hold aloft a defiant fist. No immediate search showed similar coverage by the PNGNBC for their worker.

Miller of American Samoa says the incident raises important concerns for journalists and their news organisations over the need for media personnel to have access to prompt medical support.

“Safety at work for journalists is not just about standards in the newsroom, but, more importantly for nations like PNG, peace of mind when on the field, knowing that relevant insurance cover applies. It is indeed disappointing that as PNG celebrated 41 years of independence, we were all reminded through this brutal attack, of the many challenges facing our largest Pacific developing nation. Only when all citizens can enjoy freedom of movement to safely share their ideas, opinions and solutions for a better future, can a nation claim to be on the path to true nationhood”, says Miller.

“The safety and access to prompt medical care and insurance for all journalists is of particular concern, and this incident should remind us and all employers of the support required when we are caught up in the events we are covering.” PFF condemns this attack -which could so easily have delivered a fatal result- and hopes the perpetrators are quickly, and lawfully, brought to account. “We stand in solidarity with the PNG National Media Council body to wish our colleagues a speedy recovery.”