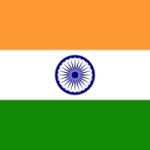 Sooryakumar–who anchors the Malayalam-language news program “Cover Story” for the privately owned Asianet TV and who is the chief coordinating editor for the channel–told journalists that she has received more than 2,000 threatening and abusive phone calls since her February 26 show, which discussed a minister’s comments regarding protesting university students, according to The Times of India.

“Indian authorities should take all measures necessary to protect Sindhu Sooryakumar in the face of the abhorrent threats against her,” said CPJ Asia Program Senior Research Associate Sumit Galhotra. “Journalists should feel free to raise questions and foster debate, including during times of controversy, without fear of reprisal.”

Sooryakumar’s February 26 show discussed comments made in parliament by Indian Human Resource Development Minister Smriti Irani accusing students at Jawaharlal Nehru University of denigrating the Hindu goddess Durga in 2014. The university has been at the center of controversy since authorities charged at least one student and one professor with sedition over the course of February 2016. On the program, Sooryakumar also raised the question of whether the marking of a particular religious festival amounted to treason, according to reports.

Sooryakumar said that she began receiving calls from across India and beyond on her mobile phone and at her office accusing her of using insulting words to describe the goddess Durga and of offending religious sentiment, according to reports. The anchor has denied the allegations, in remarks to journalists.According to The Indian Express, it was an official from the ruling Hindu-nationalist Bharatiya Janata Party (BJP) official on the news program rather than Sooryakumar who quoted a pamphlet that referred to the goddess as a “sex worker.”

Police said that Sooryakumar’s number was circulated on social media platforms, including WhatsApp and Facebook. Many of the callers threatened her with death, according to news reports. Others took to social media to call Sooryakumar a sex worker and to encourage people to solicit her services, according to news accounts. The anchor has filed a complaint asking police to investigate what she called “the brain behind this organized hounding,” according to press reports.

Police on Monday said they have arrested five men so far, all linked to right-wing Hindu nationalist groups, according to news reports. One of the five arrested men told police he had acted in response to a post to a WhatsApp group where a member posted Sooryakumar’s phone number to the group and encouraged members to abuse her for allegedly insulting Durga in a Facebook post.

Sooryakumar told The News Minute that some callers had identified themselves as supporters of the BJP and of right-wing groups including the Hindu group Rashtriya Swayamsevak Sangh. A senior BJP official in Kerala, Kummanam Rajasekharan, posted comments on Facebook denying that the BJP had any role in the matter, reports said.