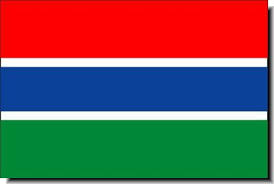 Barrow were denied entry to the country on January 16, according to reports. The Committee to Protect Journalists denounced the obstruction as a deliberate attempt to silence the press during a period of political unrest.

“The legitimacy of the Gambian government strongly depends on the press being allowed to report on the country’s political transition,” said Peter Nkanga, CPJ’s West Africa representative. “We call on authorities to allow all journalists to freely cover events in Gambia.”

Immigration officers denied entry to four journalists from the Chinese CGTN television station, based in Nairobi, Kenya; two Swedes from the photo agency Kontinent; and a Senegalese photographer from Agence France-Presse, who had all flown in from Dakar, according to media reports. Officials questioned the journalists, who had stated their profession on a form when they arrived, before sending them back to Senegal three hours later on the grounds that they did not have accreditation, the reports said.

“They said we didn’t have our accreditation although we had applied for one before travelling to the country. We were told to come and pay in person,” one of the journalists, who requested anonymity, was quoted as saying in the AFP report.

CPJ was unable to reach any of the journalists or their outlets for comment.

Gambia is experiencing a tense political transition after the outgoing president, Yahya Jammeh, refused to concede defeat in December elections. Jammeh yesterday declared a 90-day state of emergency, citing “the unprecedented and extraordinary amount of foreign interference” in the elections, which he lost to opposition leader Adama Barrow, according to media reports. The regional group, Economic Community of West African States, has pledged to uphold the election result, and said it has troops on standby, according to reports.

Since the election, Gambia has expelled at least five other journalists. Security forces took two Al-Jazeera staffers, Mauritania bureau chief Zeinebou Mint Erebih and cameraman Mohamed Ould Beidar, from their hotel in the capital, Banjul, and detained them overnight before deporting them on December 12, according to AFP. The report did not specify the reason for the journalists being expelled, but AFP reported that Al-Jazeera had been refused accreditation to cover the presidential elections, reports said.

On January 10, authorities in the capital Banjul detained three Senegalese journalists covering a Supreme Court hearing for Jammeh’s election petition, and expelled them from the country for allegedly lacking accreditation, according to AFP. The news agency did not specify what outlets the journalists worked for.

Earlier this month CPJ documented how three radio stations were ordered to cease broadcasting on January 1. Officials ordered a fourth station, Paradise FM, to be shut down for a few hours on January 8, without giving an official explanation. The order was made after the station aired an interview with an opposition leader, according to media reports. An unnamed journalist from Afri Radio, one of the targeted stations, was cited in news reports as saying that authorities may have targeted the station after it announced details of President-elect Barrow’s inauguration.

Two Gambian journalists, who asked to remain anonymous out of concerns for their safety, told CPJ the mood in the country is tense after the resignation of several government ministers and the vice president. Thousands of civilians have fled Gambia, amid possible military intervention by African governments, according to media reports.