The Committee to Protect Journalists calls on Cameroonian authorities to drop all charges against three journalists for failing to disclose information to the state. The three are 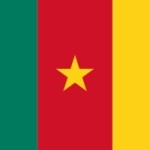 scheduled to stand trial before a military court on Friday.

Baba Wame, president of the Association of Cyber Journalists, Rodrigue Tongue, a reporter who formerly worked for the privately owned daily Le Messager, and Félix Cyriaque Ebolé Bola, a reporter for the privately owned daily Mutations, will appear in the military court in Yaoundé on charges of “non-denunciation,” Denis Nkwebo, president of the Cameroon Journalism Trade Union, told CPJ.

“Journalists should not be required to disclose information they uncover in their work or act as police informers,” said CPJ Africa Program Coordinator Sue Valentine. “The government should immediately drop these charges against Baba Wame, Rodrigue Tongue, and Félix Cyriaque Ebolé Bola, and allow all journalists to do their work without fear of prosecution.”

The journalists were first charged with failing to disclose information that could harm national security on October 28, 2014, according to news reports. According to the news website Camer.be, they had found allegations that members of the security forces were colluding with the leader of an armed group from Central African Republic.

When they charged the journalists, prosecutors also issued an order banning them from publishing in the news media and requiring them to register with police weekly. That order expired in January 2015, according to reports.

If convicted, the three journalists face jail terms of between one to five years and a fine between 50,000 and 5 million Central African Francs (US$83 to $8257), according to Amnesty International.

The journalists deny having uncovered any information about any act that could have harmed Cameroon’s national security, and maintain that they were bound to protect their confidential sources, the reports said.