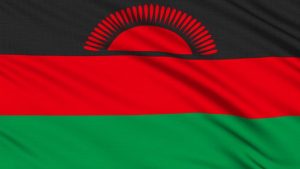 While MISA Malawi does not condone default on taxes, we strongly believe that the closure of Times Group is ill-timed and can easily be construed as an attempt by government to stop the media house from further publication of the ‘maize gate’ investigation specifically, and to silence critical voices generally. The issue of unpaid taxes could have been resolved through mutual business negotiations.

The closure of Times Group comes less than a week after the Agricultural Development and Marketing Corporation (ADMARC) sought an injunction restraining the media outlet from publishing stories on the ‘maize gate.’

The move by MRA will deny Malawians access to relevant information and is likely to tarnish the image of the Peter Mutharika administration. The move is also likely to affect the operations of Times Radio and Times Television, in addition to those of Times newspapers.

MISA Malawi believes that the best approach would have been to engage the management of the Times Group and resolve the matter in an amicable manner. We therefore appeal to the MRA and President Mutharika to re-open Times Group offices and allow for a progressive means of resolving the tax matter.

Such a move will help to clear the impression that government has started taking systematic steps to suffocate the media, thereby strangling our young democracy in the process.