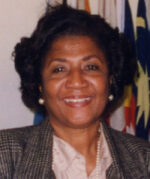 The CPU Media Trust – which seeks to defend and enhance media freedom within the Commonwealth – is launching a competition for young journalists in memory of Patsy Robertson, a great champion of the Commonwealth and its journalists. The prize will be £1000. Details on the subject of the essay and on how to enter are set out below.

“Freedom of the press is a precious privilege that no country can forego.”

GANDHI’s 1947 proclamation is still echoed internationally in defence of media freedom. But, as a former editor, he was not uncritical of a free press, calling false news “a crime against humanity” and scorning much Western journalism as ”trash”.

That was then: the printed press was the media: the reading public its audience. There was an unwritten social compact that the press was free and unfettered in return for voluntarily adopting publicly recognised standards.

But now the Internet has created a new, often anarchic, realm – that of social media: frequently untrained, unfair, vindictive and offering no reasonable right of reply.

So how can we protect media freedom without endangering the concept of a free press?  How do we protect the 21st century public from itself?