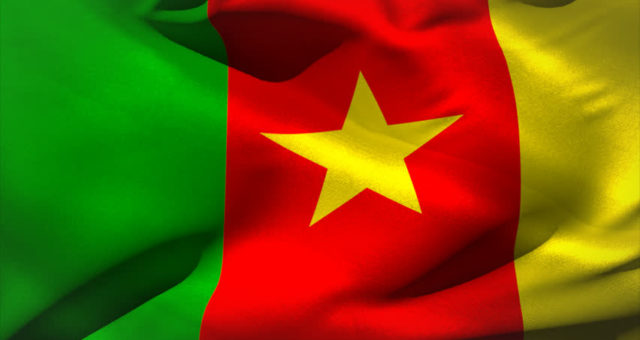 Cameroonian authorities should immediately investigate an attack on Paul Chouta, a reporter for the privately owned news website Cameroon Web, and ensure that those who assaulted him are swiftly brought to justice, the Committee to Protect Journalists said today.

Chouta told CPJ yesterday that three unknown men stabbed him with a knife and beat him as he left his Yaoundé home just after 6 a.m. that day. The journalist was treated for stab wounds to his right hand and elbow and bruises to his face. “They didn’t say anything as they started to physically attack me,” said Chouta. “My neighbors came to my rescue and the attackers fled in a black Mercedes that had been waiting for them.”

Chouta and Emmanuel Vitus, the editor-in-chief of Cameroon Web, told CPJ they believe the attack was in retaliation for Chouta’s journalism. Vitus said he suspected the attack may be related to a January 22 Facebook Live interview Chouta did with Paul Eric Kingué, the campaign manager for Cameroon’s jailed opposition leader, Maurice Kamto.

Kamto has been mobilizing dissent against President Paul Biya since losing the October election, which he has described as fraudulent, Al-Jazeera reported.

“We urge Cameroonian authorities to ensure that those who attacked Paul Chouta are identified and punished to the full extent of the law,” said CPJ Africa Program Coordinator Angela Quintal in New York. “The government needs to send a message to those who want to silence and intimidate journalists that just because they may disagree with what the press writes or says, they cannot resort to violence and escape accountability.”

Vitus said that Chouta broadcast the interview on his personal Facebook page, which has 54,000 followers, and that Cameroon Web shared it on its platforms. He added, “The attack doesn’t come as a surprise. He consistently receives threats.” Vitus said the journalist received threatening comments on social media.

Chouta reported the attack to the police yesterday. National police spokesperson Joyce Ndjem told CPJ she does not give comment over the phone and that CPJ would need to come to Yaoundé to request comment.

The attack on Chouta came the same week that police arrested Théodore Tchopa and David Eyengue Nzima from the privately owned daily, Le Jour. Denis Nkwebo, deputy editor-in-chief of Le Jour and president of the Cameroonian journalists’ trade union, told CPJ that the journalists were arrested while covering an opposition meeting in Douala on January 28. The journalists were released without charge today, Nkwebo said.

At the time of CPJ’s annual prison census, Cameroon was the third worst jailer of journalists in Africa after Egypt and Eritrea, respectively, with at least seven journalists behind bars for their work as of December 1, 2018.