The Lesotho Times newspaper editor Lloyd Mutangamiri was shot on Saturday, July 9, at the gate of his lower 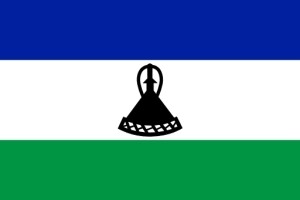 Thamae residence in Maseru, the capital of Lesotho, just before midnight. Lloyd was returning from his office after completing the Sunday Expressedition, a sister newspaper of Lesotho Times.

Police confirmed that a single bullet was fired and that Mutangamiri suffered severe trauma, particularly to his mouth. He was hospitalised under 24-hour police security. Members of the public and his colleagues were not allowed to see him for security reasons. MISA Lesotho was granted a permit by police to access Mutangamiri’s residence on July 10 but respected the wishes of his wife that only family members be allowed to visit Mutangamiri.

Presently MISA Lesotho can confirm that at noon today (July 12) Mutangamiri was relocated to Bloemfontein in the Republic of South Africa, for medical attention. According to police on guard Mutangamiri is stable.

Mutangamiri was shot just a week after his employer, Lesotho Times publisher Basildon Peta was charged with defamation and crimen injuria with regard to the contents of the June 23 edition of the newspaper’s satirical column titled Scrutator. The column carried an article about the Lesotho Defense Force (LDF) commander and the Lesotho Cabinet, headlined ‘Flicker of hope for my beloved Kingdom….’. The column was written in the wake of an announcement by Prime Minister Pakalitha Mosisili that the government had decided to “engage General Kamoli on a mutually agreeable solution” in light of international calls that he be relieved of his post.

In the mean time, Harvest FM radio reporter and current affairs presenter Bongani Faki reported that he had received death threats from an unknown man.

According to Faki, the man arrived at his house and questioned his children about his whereabouts. The unknown man allegedly pulled out a gun from under the blanket he was wearing, pointed it at the children and instructed them to tell Faki that his life would end.

Faki suspected that the threat was as a result of him announcing that children could attend the Army Day commemoration that was celebrated locally on July 2, 2016, in Maseru.

The two recent incidents follow a shooting at the house of Professor Mafa Sejanamane on May 6, 2016. No one was injured in the attack. Sejanamane manages a blog, Lesotho Analysis, which has often criticised the implementation of recommendations of the Southern Africa Development Community’s (SADC) report on Commission of Inquiries on circumstances that led to the killing of the late Lesotho Defense Force commander Lt. Gen. Maaparankoe Mahao.

In all the incidences, no arrests were made.

In the last two weeks, the Lesotho Times newspaper issued an apology on its lead story, regarding the alleged LDF Commander’s ‘exit strategy’ in which the paper admitted that it published the story without verifying information from its sources. The apology was issued following the summoning of Mutangamiri and his reporter Keiso Mohloboli.

MISA Lesotho appeals to the government of Lesotho to commission urgent investigations into the attack against Mutangamiri and all other incidents that are undoubtedly aimed at silencing critical voices. Furthermore, the outcome of the investigations should be made public to enable informed decision making by the people of Lesotho and the world, particularly in this very polarised and politically volatile situation.

Without linking Mutangamiri’s shooting with any of the previously mentioned information on this alert, MISA-Lesotho condemns the attack against Mutangamiri which it regards as a grave threat to media freedom and freedom of expression in Lesotho.