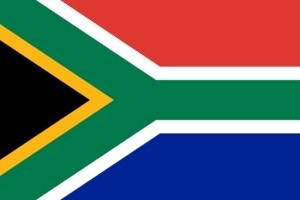 At least five people have been killed and almost 200 people have been arrested this week as supporters of the ruling African National Congress (ANC) party have taken to the streets of the capital and environs in often-violent protests against the ANC’s leadership, according to media reports. Police and protesters have threatened and attacked reporters filming protests, reports said. The South African Broadcasting Corporation (SABC), meanwhile, has avoided airing footage of the violence, prompting outcry from South African press freedom groups.

A spokesperson for the broadcaster told reporters that the three had been suspended, but declined to discuss the reasons for their suspension. News reportsand the South African National Editors’ Forum (SANEF), which advocates for press freedom and media ethics, today said the journalists’ suspension followed their disagreement with an editorial directive not to cover a protest against SABC.

“Attempts by parts of the African National Congress leadership to suppress coverage of protests are deeply worrying and fit into a broader narrative over the past few years of increasing suppression of South Africa’s hard-won media freedoms,” said CPJ Deputy Executive Director Robert Mahoney. “Reports of attacks by police on reporters are particularly alarming. We call on the government of President Jacob Zuma to send a clear message that such violence must stop and that all media organizations are allowed to cover the news free of political interference.”

SABC Chief Operating Officer Hlaudi Motsoeneng on May 26 announced the broadcaster would no longer air videos of violence directed public institutions, arguing that to do so would risk encouraging further violence. Three press freedom groups — Media Monitoring Africa, the SOS Support Public Broadcasting Coalition, and the Freedom of Expression Institute – in May filed a complaint with regulators, arguing that the ban contradicted the legal and regulatory framework that governs the SABC.

At a hearing in response to that complaint today, the SABC argued that it had a responsibility not to place its journalists in danger and to protect children from images of violence, according to press reports. SABC representative Bantubonke Dakota argued that images of violent protests were discouraging foreign investment, the privately owned broadcaster EWN reported.

Police and protesters have threatened and attacked journalists covering the violence. Police officers on Wednesday hit and kicked Jeff Wicks, a reporter for the private broadcaster News24, as Wicks attempted to film police shooting rubber-coated bullets at protesters in Ga-Rankuwa, on the outskirts of Tshwane, News24 reported. Police confiscated Wicks’ mobile phone and that of fellow News24 reporter Karabo Ngoepe and forced them to delete photographs and videos they had taken of the violence, the station reported. A police officer further threatened to “deal with” both journalists, and took a picture of the News24 vehicle they were driving, News24 and SANEF reported.

Two men in the Mamelodi township on the eastern edge of Tshwane robbed reporter Jody Jacobs and camerawoman Noluthando Hlophe, who both work for the privately owned broadcaster eNCA, at gunpoint while they covered the unrest. The assailants took the journalists’ equipment – including a camera, microphone, and tripod – according to press reports and eNCA’s Twitter account. Mujahid Safodien, a freelance photographer on assignment for Agence France-Presse, was also robbed at Mamelodi, according to news reports.

Horisani Sithole, a journalist with SABC, wrote on Twitter that protesters looting a shop in the township of Mabopane bit him and stole his money and car keys as he tried to film them. Sithole “almost lost his thumb,” he wrote.

Protesters chased Tshidi Madia, a reporter for the privately owned radio station Power FM, out of the area, threatening her with violence, SANEF reported. A group of men likewise robbed Clement Manyathela and Kgothatso Mogale, both with EWN, of their mobile phones and cameras, and threatened to attack them with a brick, according to SANEF.