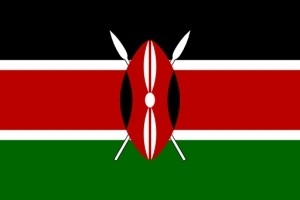 which creates the offence of criminal defamation, unconstitutional. ARTICLE 19, alongside Jaqueline Okuta and Jackson Njeru, petitioned the High Court in Nairobi that the provision was a disproportionate and unjustifiable limitation of freedom of expression.

Jaqueline and Jackson had been charged under the section for publishing posts about a prominent Kenyan lawyer on a consumer protection Facebook page called ‘Buyer Beware’. Jackson is an administrator of the page.

Justice JM Mativo declared that Section 194 of the Penal Code is indeed incompatible with the Kenya Constitution, on the grounds that criminal libel is an unjustifiable limitation of freedom of expression. The court found that the prospect of criminal proceedings and a jail term of up to 2 years for defamation was unnecessary, excessive and unjustifiable in an open and democratic society, and the law creates a disproportionate limit on freedom of expression.

“This judgement is a huge win for freedom of expression in Kenya, and an encouraging step towards respect for human rights. ARTICLE 19 is pleased to see that the threat to freedom of expression presented by criminal defamation laws has been recognised by the courts, in line with the African Commission on Human and Peoples Rights,” said Henry Maina, Director of ARTICLE 19 Eastern Africa.

Section 194 of the Penal Code, regarding ‘Criminal Defamation,’ has been increasingly used by state officials to target those criticising injustice and impunity online and offline.

Today’s Judgment is in line with Principle 4 of ARTICLE 19’s Defamation Principles “Defining Defamation: Principles on Freedom of Expression and Protection of Reputation”, which calls for all criminal defamation laws to be abolished without delay, even if they are seldom or never applied, and to be replaced with civil defamation laws. The Principles state that jail terms or excessive fines should never be available as sanctions for such offences.

ARTICLE 19 welcomes today’s decision, and agrees with Justice JM Mativo’s statement that the Kenyan government should seek to immediately review similar laws that unjustifiably limit the right of Kenyans to seek, receive and impart information as enshrined in the Constitution of Kenya (2010).

Section 194 – “Any person who, by print, writing, painting or effigy, or by any means otherwise than solely by gestures, spoken words or other sounds, unlawfully publishes any defamatory matter concerning another person, with intent to defame that other person, is guilty of the misdemeanour termed libel.”