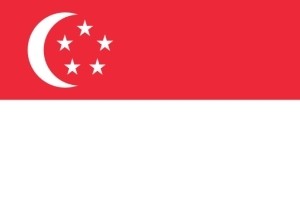 The Administration of Justice (Protection) Bill would consolidate existing laws and judicial precedent into a statute on what may be published about court proceedings, judges, and the justice system, and, according to news reports, would allow the attorney general, rather than judges, to accuse writers of contempt, opening the door to the government’s use of the law to pursue critics,.

The draft legislation, which would also apply to material published on social media, contains broad definitions as to what constitutes contempt of court, and sets maximum penalties for infractions that would be far above what judges have ordered.

The proposed law passed its first reading in parliament on July 12. Its second reading is scheduled for August 15. A third and final reading could immediately follow if legislators do not propose amendments or object to the bill’s content, reports said.

Law Minister K. Shanmugam told reporters on July 11 that the draft law does not expand on the current legal definition of contempt of court, but represents a “crystallization of the law.” The minister also said that the legislation is designed to protect citizens’ right to a fair trial and ensure that court orders are obeyed. He noted that “fair” and “accurate” reporting made in “good faith” on court proceedings will not be penalized under the proposed law.

Vague language in the draft law could give the attorney general, who is appointed by the president and serves as the government’s lead prosecutor, wide discretion in determining what constitutes “fair” reporting made in “good faith.” Section 2, Part 3 of the law criminalizes publication of material that “prejudges an issue in a court proceeding that is pending and such prejudgment prejudices, interferes with or poses a real risk of prejudice to or interference with any court proceeding that is pending,” without stating how prejudice is defined.

Singaporean advocacy groups quoted in press reports say these and other broad terms from the draft legislation could encourage greater self-censorship. The Community Action Network, a local civil society group, said at a recent seminar that the law’s punitive provisions appear to specifically target “socio-political websites, activists, and those with a significant following on social media,” according to news accounts.

The draft legislation would also allow the attorney general to request a maximum penalty of three years in prison and fines of up to $100,000 Singapore dollars (US $74,500) for violations involving High Court or Court of Appeal cases. Prevailing laws for contempt of court do not define maximum penalties, and recent contempt of court sentences against writers have been much lower.

Singapore has repeatedly used contempt of court charges to silence critical commentary of its judicial system. In 2015, Singaporean blogger Alex Au Waipangwas convicted of contempt of court and fined 8,000 Singapore dollars for suggesting in two blog posts that a chief justice had shown partiality in two constitutional challenges to a law criminalizing gay sex. The Court of Appeal dismissed his challenge to the ruling, with a three judge panel ruling later that year that his article posed a “real risk” of undermining public confidence in the judiciary and that the administered fine was “wholly appropriate,” reports said.

British author and former journalist Alan Shadrake was sentenced in 2010 to six weeks in prison, with another two weeks added because he could not pay a fine of 20,000 Singapore dollars, for “scandalizing” Singapore’s court system in his book Once a Jolly Hangman: Singapore Justice in the Dock, which criticized the country’s use of capital punishment.