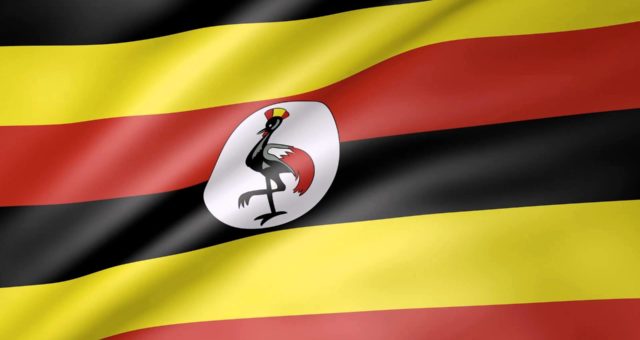 On 8 February 2019, police in Kampala released three British Broadcasting Corporation (BBC) journalists, their driver and a wife to NBS’s senior investigative journalist Solomon Serwanjja after spending two nights in police custody. They were released on police bond on charges of being in “unlawful possession of classified government drugs”.

The journalists are; Kassim Mohammed, Rashid Kaweesa, Godfery Badebye of BBC, their driver Shafik who were arrested on Wednesday night and Vivian Nakaliika Serwanjja – Serwanjja’s wife.

Meanwhile, Solomon Serwanjja also arrived at the Central Police Station Friday mid-morning on 8 February 2019 to record a statement shortly after his wife and colleagues had been released on bond. He was charged with the same charges and released on bond.

The BBC journalists and their driver were arrested on Wednesday night by police on allegations of trying to illegally buy government drugs labelled classified drugs in the Makindye area. On the same night, police stormed Serwanjja’s home in Mukono but were denied access and returned the following morning and conducted a search from which police allegedly discovered drugs. No evidence shows that police obtained a warrant to conduct the search.

On the contrary, Next Media, an employer to Solomon Serwanjja released a statement on 7 February 2019 to the effect that NBS Television in partnership with BBC Africa had commissioned an investigation into the alleged sale of Uganda government drugs on the black market. They noted that the investigation, which was at the conclusion stage, was aimed at casting spotlight on how alleged corruption had aided the sale of government drugs.

Article 12 of the Universal Declaration of Human Rights states and Article 17 of the International Covenant on Civil and Political Rights are to the effect that no one shall be subjected to arbitrary interference with his privacy, family, home or correspondence, nor to attacks upon his honor and reputation. While Article 27 of the Constitution of the Republic of Uganda 1995 is to the effect that no person shall be subjected to unlawful search of the person, home or other property or unlawful entry by others of the premises of that person.

Section 27(7) of the Police Act provides that no police officer shall search any premises unless he or she is in possession of a search warrant issued under the provisions of the Magistrates Courts Act.

Therefore, the act of police searching Serwanjja’s home in the night, more so without a search warrant, is questionable and contravenes Articles 12 and 27 of the Universal Declaration of Human Rights and the 1995 Constitution of Uganda respectively.

Since the journalists had been commissioned to do the investigative story on the alleged corruption in the Ministry of Health, the acts of police arresting them due to their work, contravenes Articles 29 and 40(2) of the Constitution of Uganda which provide for press freedom and the right to practise a profession respectively.

The journalists are expected to report back to police after a period of two weeks.

“We are glad that police has finally released all the journalists, their driver and Serwanjja’s wife. We however, implore the police to drop the trumped up charges and recognize the value of an independent media in contributing towards the development of a well-informed society. We also encourage the police to delay effecting arrests until enough incriminating evidence to avoid long pretrial detention. We commend the efforts of the media, human rights activists and diplomatic mission,” said the Executive Director of HRNJ-Uganda, Robert Ssempala.