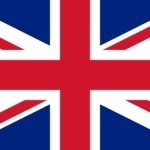 ESI Media has confirmed The Independent will close its print edition on 26 March 2016 and focus on digital-only content while The Independent on Sunday’s last edition will be on 20 March 2016. The i newspaper has been sold to Johnston Press it was also announced.

In an email to staff Evgeny Lebedev, the proprieter of the titles said: “Today the Independent titles announce an historic transition. At a time when our journalism is read and respected by more people in more places than ever before, we are embracing an exclusively digital future with http://www.independent.co.uk  and its associated sites.

“We faced a choice: manage the continued decline of print, or convert the digital foundation we’ve built into a sustainable, profitable future. In choosing the latter, we will create 25 new content roles, launch a new subscription mobile App, enhance the redesigned, thriving http://independent.co.uk, open new editorial bureaux in Europe, the Middle East and Asia, and invest further in our New York based US operation.

“I believe this is the right decision at the right time for the world’s most free-thinking newsbrand. This transition follows rapid digital growth in the past three years that has made http://independent.co.uk the UK’s fastest-growing quality newspaper site. Its monthly audience has grown 33.3% in the last 12 months to nearly 70 million pointing towards a fast growing global footprint.

“We will be the first of many leading newspapers to embrace a wholly digital future. All of us are immensely proud of the Independent titles, which are better newspapers now than they have been for many years, thanks to your remarkable creativity, work ethic and passion.

“The planned sale to Johnston Press ensures that i will continue to flourish. Johnston Press will be commendable owners of this great, innovative newspaper, whose success has defied industry predictions, and which was named National Newspaper of the Year last year.

“I regret this, but can confirm that all those on employment contracts and long term casuals who are being made redundant will receive two weeks’ pay, subject to conditions, for every year worked, plus your notice period.

“My family bought and invested heavily in the titles because we believe strongly in its values.

“Its journalism has set the agenda for nearly three decades, with world-class writing, reporting and analysis.

“Over the past six years alone we have launched a sister title that now outsells The Guardian, grown http://independent.co.uk  to nearly 70 million global users a month, and won countless awards for our unique contribution to news and culture, with values of bravery, compassion, scepticism and wit to the fore.

“With the spirit of a start-up, and all the authority of our heritage, this transition means the world’s most innovative newsbrand can embark on a sustainable future. As we set about that, I would like to thank everyone for the part they have played in the development of this great institution.”