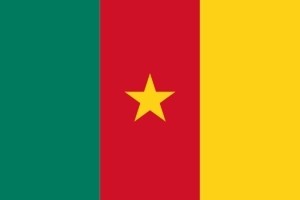 The regional governor, Adolphe Lele Lafrique, ordered Radio Hot Cocoa to suspend all activities until further notice, accusing it of inciting civil disobedience in a call-in show discussing a teachers’ strike in the region, station manager Gideon Taka told CPJ. Residents of predominantly Anglophone regions of Cameroon bordering Nigeria have in recent months staged street demonstrations, strikes, and sit-ins to protest what they say is the Francophone central government’s marginalization of their regions. The station proclaimed a “news blackout” on its Facebook page yesterday.

“The suspension of Radio Hot Cocoa is part of an ongoing effort to stifle coverage of the grievances of English-speaking Cameroonians,” said CPJ West Africa Representative Peter Nkanga. “Authorities should allow the radio station to resume operations immediately and should cease censoring the news.”

“Right now there is no access to my office, the studio and control room,” Taka, the station’s manager, told CPJ. “They sealed them off.”

The Ministry of Communications in December wrote to private radio and TV stations to “stop all roundtable discussions… concerning the current political atmosphere” in English-speaking regions of Cameroon. French and English are the official languages of the country, but predominantly Francophone regions are home to the majority of the population. At least four people were killed after police forcibly dispersed a December 8 demonstration in Bamenda, according to press reports and Amnesty International.

The suspension of Radio Hot Cocoa is the latest in a series of attempts to stifle reporting and commentary on the political crisis. Last month authorities suspended dozens of newspapers and broadcasters’ permission to operate; permanently banned three newspapers from publishing and their publishers from practicing journalism; and sanctioned dozens more journalists, CPJ reported at the time.