On February 3, 2016, Zimbabwe’s Constitutional Court granted an application by MISA 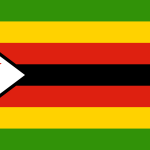 -Zimbabwe seeking confirmation of the fact that criminal defamation is no longer part of the law.

The ruling followed a concession by the State that Section 96, which provides for criminal defamation under the Criminal Law (Codification and Reform) Act (CODE), was void ab initio (from the beginning), which effectively brings the matter to finality.

Arguing the case on behalf of the applicants comprising MISA-Zimbabwe, journalists Nqaba Matshazi, Sidney Saize, Godwin Mangudya and Roger Stringer, Advocate Thembinkosi Magwaliba, argued that Section 96 was invalid from the time of its enactment in 2004.

In his ruling, Chief Justice Chidyausiku sitting with the full bench of the Constitutional Court, granted the application in terms of the draft order sought, but said reasons for the judgment would follow.

This application follows judgment in the case of Madanhire and Others in 2013 in which the court ruled that Section 96 of the CODE was inconsistent with the provisions of Section 20 of the former constitution which provided for freedom of expression, and was therefore void.

MISA Zimbabwe welcomes the ConCourt judgment that vindicates its incessant calls for the scraping of this law from the statute books.

It has always been the position of MISA Zimbabwe that such laws have no place in a democratic society given that there are alternative civil remedies available to aggrieved parties outside criminal defamation.

Such remedies include filing complaints with bodies such as the Voluntary Media Council of Zimbabwe and civil actions for defamation in courts of law.

While this judgment is a welcome development, MISA Zimbabwe remains mindful of the fact that there is a litany of statutes that can still be used to criminalise freedom of expression and journalistic enterprise such as the Access to Information and Protection of Privacy Act, Official Secrets Act and the Censorship and Entertainment Controls Act, and the Broadcasting Services Act, among others.