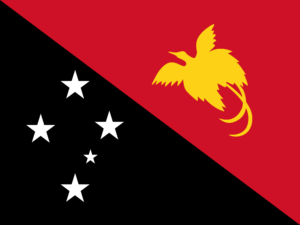 in solidarity and support, calling for global pressure on PNG’s Police and leaders to take “immediate steps” to address the “abhorrent and totally unnecessary” use of firearms at a peaceful protest organised on the morning of June 8th, 2016 at the national university. In the panic and pandemonium caused by Police tear gas and shooting at unarmed citizens, a female journalist was assaulted – the second incident involving PNG Police in the space of a week. Just days ago, PFF had expressed shock and dismay over the assault of journalist Imelda Wavik and her colleagues while reporting from a Police station in PNG’s capital, Port Moresby.

National Broadcasting Corporation (NBC) journalist Rose Amos and colleagues were covering a student protest at the University of Papua New Guinea (UPNG). The campus event turned into a confrontation with armed Police officers, who opened fire and used tear gas at the scene. More than 30 people – most of them students, were later treated for injuries, including gunshot wounds.

In the fracas involving tear-gas and firing of shots, Amos, who was wearing the company shirt of the national broadcaster, had ‘instinctively’ run towards the Police for protection but was punched by one officer and kicked by another before falling to the ground. A third officer punched her again before a more senior officer intervened and took her to a vehicle where she was detained and later released.

“It is almost impossible to find the words able to strongly express how disappointed, disgusted, and appalled we are at the latest turn of events, and we can only call on the international human rights community and leaders to help us find some way of getting through armed officers who fire on their own peacefully assembled citizens,” says PFF co-chair Monica Miller, of American Samoa.

“We urge the Prime Minister and Minister of Police to take up the call for an immediate investigation – not just to make sense of the logical sequence of events in the chaos, but to bring some calm and credibility at a time where it’s now most needed,” she says.

She says Papua New Guinea, as a member of the United Nations community, must honour basic human rights obligations to free speech and freedom of assembly – rights which cover the current student protests calling for the Prime Minister to step down. “Students, including any member of the public, have a right to gather and peacefully share their views and opinions in public. If they like anyone else breaks the law, then let the enforcement take over – but there is no law of any land which allows armed Police to open fire on an unarmed peaceful protest. To have this happen in PNG, in a university campus for training our future leaders to speak freely and frankly on the issues that affect them, is just heart-breaking.”

Noting reports of other related outbreaks of damage to property and looting across other parts of the country involving frustrated students and others Miller called on all parties “who want peace to prevail to do their best to ensure mutual and open sharing of views must continue, especially with the goal of allowing people to speak and gather freely – and safely.”

“As in the case of last week’s assault of TV-WAN journalist Imelda Wavik, we also hope Amos will be able to seek and see justice done and that there will be no further attacks physical or otherwise on media personnel”.