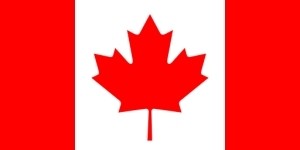 reporter’s computer as disturbing media freedom violations, Reporters Without Borders (RSF) calls on the Canadian authorities to refrain from inspecting the computer’s contents and return it to its owner without further delay.

The Quebec police seized Journal de Montréal reporter Michael Nguyen’s computer during a search of the newspaper on September 21 in response to a complaint by Quebec’s judicial council about a story in June describing a judge’s aggressive behaviour after a Christmas party in December 2015.

According to the search warrant, the aim of the raid was to establish how Nguyen got the information for his story. The warrant does not accuse him of any crime.

“The seizure of Michael Nguyen’s computer threatens journalists’ independence and the confidentiality of their sources,” said Delphine Halgand, RSF’s US Director. “The judicial council seems to be trying to intimidate this journalist in order to prevent the publication of articles that are critical or not very flattering about officials.”

Journal de Montréal managing editor George Kalogerakis said: “Our reporter did not break any laws to get his story. We do not break laws at the Journal. We will contest the validity of the search warrant as far as we can.”

In a statement released on September 22, Jean-Thomas Léveillé of the Quebec Federation of Professional Journalists (FPJQ), an RSF partner organization, said: “It is unacceptable to search journalists or news organizations in order to discover sources, when what was revealed was in the public interest, which is the case here. The public has the right to know how representatives of the state who are charged with applying the law behave.”

This latest media freedom violation in Canada comes after the Ontario superior court ordered a Vice News reporter to hand over all of his communications with a source to the Royal Canadian Mountain Police.

RSF and local Canadian media freedom organizations issued a joint letter in April condemning the order. RSF is part of a group of NGOs that is supporting Vice News‘s appeal against the ruling.