The Committee to Protect Journalists 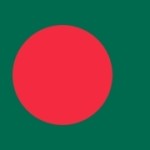 welcomes the convictions in the case of Ahmed Rajib Haider, a blogger hacked to death in Bangladesh in February 2013. A Dhaka court sentenced two students to death for murder, including Rezwanul Azad Rana, a fugitive who was charged in absentia and who was described by police as the mastermind, according to reports. Six others were convicted over the attack, according to The Associated Press.

“The convictions in the murder of Ahmed Rajib Haider mark a long overdue but encouraging first step in addressing the violence directed against bloggers in Bangladesh,” said CPJ Asia Research Associate Sumit Galhotra. “However, until the mastermind has been apprehended justice remains incomplete. If Prime Minister Sheikh Hasina’s government is committed to protecting the country’s independent voices, it must act decisively to deliver justice in the murders of other bloggers and ensure the protection of those who remain at risk.”

The court also sentenced Jashim Uddin Rahmani, the leader of banned Islamist group Ansarullah Bangla Team, to five years in jail for “abetting murder” by inciting students to kill secular bloggers; one student was sentenced to life imprisonment for murder; and four others were jailed for three years on lesser charges, according to news reports. A lawyer for the defendants said they would appeal, reports said. Haider, also known as “Thaba Baba,” wrote critically about Islamic fundamentalism and had covered mass protests known as the Shahbagh movement shortly before his murder, reports said. In 2015, four other bloggers and a publisher were hacked to death by Islamic extremists, CPJ research shows. To date, there have been no convictions in those cases.