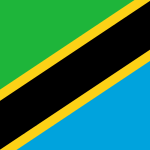 harassment of the weekly newspaper Mawio. The Kiswahili-language newspaper was permanently banned from publishing in print and online Friday and two of its editors were briefly detained, according to reports.

Announcing the ban on Saturday, Tanzania’s information minister Nape Nnauye told reporters the privately owned paper had been barred from publishing under the 1976 Media Act, Government Announcement 55, for allegedly inciting violence in articles. He cited a report in which he said the paper declared the opposition candidate the winner in presidential elections in Zanzibar, and a headline that loosely translates as “Unrest coming to Zanzibar.” CPJ was not able to establish the content of the articles Nnauya cited.

Elections in Zanzibar are often contentious because of calls in the Tanzanian archipelago for greater autonomy from the mainland. The Zanzibar Electoral Commission annulled the polls in October after the opposition party Civic United Front, which favors autonomy, declared victory.

On Monday two editors at Mawio, Jabir Idrissa and Simon Mkina, were questioned by police about the paper’s coverage of Zanzibar, according to Absalom Kibanda, chairman of the Tanzania Editors Forum. They were set free on bail the next day after the Tanzania Editors Forum pressed for their release, Kibanda told CPJ. The editors have been ordered to report daily to a local police station until further notice, according to reports. No formal charges have been filed against them.

Kibanda added that the closure of the newspaper and the arrest of the journalists were especially disappointing coming only two months after the election of a new president, John Magufuli, stirred expectations for stronger democracy.

“We are extremely concerned that Tanzanian news outlets are facing retaliation for reporting on the political crisis in Zanzibar,” said CPJ’s Africa Program Coordinator Sue Valentine. “We call on authorities to allow Mawio to publish freely and to set about changing the country’s outdated media laws that can be too easily abused to stifle the flow of information.”

Mawio’s distributor, Saed Kubenea, said the paper was shut down after it published a series of articles about the political crisis in Zanzibar, according to reports. The information minister was quoted in local media saying the newspaper had previously received eight warnings about its “inflammatory” reportage, but did not provide further details or cite specific articles. CPJ was unable to reach the paper’s editors for comment but Kubenea confirmed in reports that the newspaper had previously received warnings about its coverage.

Kibanda told CPJ the Tanzania Editors Forum was “shocked” by the ban and arrests. “We only recently held talks with the Minister of Information about some of the laws which create a repressive environment for the media and we had so much hope that this new government would be responsive to our requests. We are shocked that they have instead taken us 10 years back, to the era of banning newspapers,” he said.

He added that under the 1976 Act there are no provisions to appeal a ban.

The 1976 Newspapers Act allows authorities wide latitude to ban publications, and press freedom campaigners have long demanded its repeal. In its 2013 report, “The Invisible Plight of the Tanzanian Press,” CPJ called for the law to be scrapped.

The latest developments come just days after the lifting of a year-long ban on the distribution of The East African, a weekly regional newspaper, according to reports.