Peers have backed a move to force the Government to hold part two of the Leveson Inquiry. 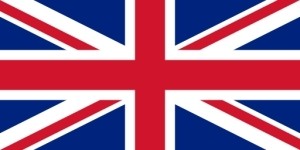 The House of Lords voted by 246 to 196, majority 50, to require an investigation into alleged corrupt relationships between the police and press.

Last night’s Government defeat follows the announcement by ministers at the start of November that they were holdlng a consultation into whether the second part of the Leveson Inquiry should go ahead.

The Tory administration said there was a need to consider if part two of the phone hacking inquiry was in the public interest, and highlighted the costs associated with part one of the inquiry.

The Government is also consulting on whether to implement legislation which would force newspapers to pay all of the costs of libel or privacy actions brought against them, even when they won cases.

Part one of the Leveson Inquiry examined the culture and ethics of the press while part two of the inquiry was due to further examine wrongdoing in the press and police.

Proposing an amendment to the Policing and Crime Bill, independent crossbencher Baroness O’Neill of Bengarve highlighted the conviction of the undercover journalist Mazher Mahmood, known as the “Fake Sheikh”, and the findings of the Hillsborough Independent Panel.

She said: “I do not think we can say that we are sure that the need for Leveson Two has diminished.”

Holding the inquiry would “help draw a line” under scandals involving the police and the press, she said, adding: “I do not think this is a trivial matter. A commitment was made to Leveson Two.

“The victims want it, the public want it. And for democracy to function well we all need it.

“The Government should get on with what they promised in 2011/12 and begin Leveson Two now.”

Conservative peer Viscount Hailsham said he hoped the Government would be “robust in resisting” the amendment.

“There’s a proportionality rule,” he said.

“And the proportionality rule is this: Is the likely outcome of the inquiry and the chances of its recommendations being implemented sufficient to justify the cost of setting this up and the bureaucracy involved?

“And I think the majority of cases I have been involved in, the answer is ‘No’ to that question. And I strongly suspect in relation to this the answer is no again.”

But Liberal Democrat peer Lord Paddick, himself a victim of phone-hacking, said: “The Government promised the victims of phone hacking that Leveson Part Two would take place.

“The former prime minister promised this inquiry would take place.”

That “trumped” arguments around proportionality, he said, adding: “If a public inquiry is needed and the Government has promised one, then it should take place.

“The sudden deployment of a wholly unnecessary consultation is, or appears to be, a device to give cover to the Government reneging yet again on a promise made regarding the phone hacking issue.”

Former Metropolitan Police Commissioner Lord Blair of Boughton, who gave evidence to the first Leveson inquiry, said: “I support the amendment precisely because it fulfils the previous government commitment.”

But he added: “I shall be very surprised if a new inquiry uncovers anything involving major corruption in recent years.”

Tory peer Lord Deben argued that a promise to hold part two had been made and to not carry it through would be “a serious thing”.

Highlighting the poor reputation of the press, he said: “This is a very unhappy time, when we think of the purveying of hate that has been on the front pages of so many newspapers, when we have seen the attacks on our institutions and their independence which we have seen latterly.

“We therefore have to say to ourselves that this is an opportunity for the press, too, to clear that part of its name which is clearable.”

Lord Deben added: “The amendment attacks neither the press nor the police; it suggests that perhaps this is the moment to clear both of unfair allegations and to reveal real allegations, which seems to me a not unreasonable position to take.”

Opposition spokesman Lord Rosser said: “Honouring a repeated undertaking given by a government through a prime minister, to victims in particular, and with all-party support, is the issue that this amendment seeks to address.”

But Home Office minister Baroness Williams of Trafford told peers that the current Government consultation was seeking views on whether going ahead with Leveson Two was “still appropriate, proportionate and in the public interest”.

Given this, she suggested the issue was not “an appropriate matter for further legislation”.

Lady Williams also pointed out first part of the inquiry had cost £5.4 million and the second could be expected to cost a similar amount, which meant that the amendment had “very real financial implications”, she said.