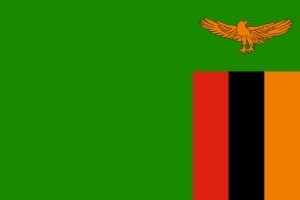 The editor-in-chief of independent Zambian newspaper The Post was arrested trying to enter his newspaper’s offices today, after authorities closed it in a dispute over allegedly unpaid taxes. Fred M’membe, his wife Mutinta, and his deputy managing editor Joseph Mwenda, were released on bail, but face charges of breaking into a building, according to reports.

The charges come after the Revenue Appeals Tribunal overturned an order for The Post’s property to be seized by the Zambia Revenue Authority, according to reports. M’membe and his co-accused were arrested at around 1 a.m. today when they tried to enter the headquarters of The Post after the tribunal’s ruling,according to news reports. Police said the order allowing the paper to resume publishing had not been signed by the revenue authority. All three are due to appear in court next week, according to Reuters.

“By disregarding the orders of the Revenue Appeals Tribunal, Zambian authorities make clear that shutting down The Post was not about procedure, but rather a politically motivated attempt to silence criticism,” said CPJ Senior Africa Research Associate Kerry Paterson. “Authorities must drop the charges against Fred M’membe, Mutinta Mazoka-M’membe and Joseph Mwenda immediately, and respect the order that all control of Post property be returned to the paper from the Zambia Revenue Authority.”

The appeals tribunal, a Zambian court that deals with tax-related issues, ruled Monday that the Zambia Revenue Authority must hand back control of all seized property, and stopped an order to freeze Post accounts until a court hearing scheduled for July 11, according to news reports that featured the court documents.

The property was seized on June 21 because of alleged tax arrears, according to news reports. The Post reported that armed police arrived at the offices that day and demanded 68 million Zambian kwacha (US$6.1 million) in arrears. A finance director told police nearly the full amount had already been paid to a court. Members of the revenue authority said the funds had not been received, then locked the offices and printing presses, and stationed armed guards at the building, The Post reported.

In an interview published in African Independent on June 24, M’membe, who was awarded CPJ’s International Press Freedom Award in 1995, said he believed the act was politically motivated and an effort to silence The Post over its critical coverage ahead of presidential elections on August 11. Hellen Mwale, chairperson of the Media Institute of Southern Africa’s Zambia Chapter, also said she believed the move was politically motivated. The vice-chairman for elections for the ruling Patriotic Front party denied in the same report that the party was involved in the decision.