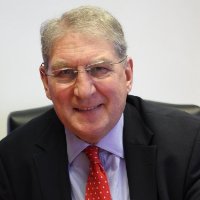 Derek Smail has been involved for more than 35 years in the UK and Commonwealth media industry.

Born in Britain of New Zealand parents, as well as heading the family weekly newspaper business on the Scottish Borders for some 20 years, he published the London-based weekly, New Zealand News UK for New Zealand’s global diaspora as well as the weekly SA Times for the South African diaspora.

For the last 18 years he has been Executive Chairman of African Media Investments Ltd, which was established to identify and develop independent media opportunities in Southern Africa. He is a Founder Director and shareholder of Associated Newspapers of Zimbabwe (Pvt) Ltd, publisher of the Daily News, which is now Zimbabwe’s leading independent daily newspaper and remains ever true to its masthead slogan of ’telling it like it is’. He has also been a director and shareholder of two weeklies in Botswana, the Guardian and the Midweek Sun.

Derek Is now based in Christchurch, New Zealand, from where he remains in close touch with media matters particularly in Zimbabwe, where the Daily News continues its vital role to report the news without fear or favour and to shine lights in dark corners.