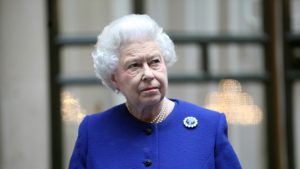 “This Commonwealth Day, a baton will set out from Buckingham Palace and begin a long and extraordinary journey. Over the next twelve months, the Baton will visit people living in the nations and territories of our Commonwealth family in every continent and ocean.

Carried on its way by thousands of people of all ages and backgrounds, by the time it reaches its final destination, The Queen’s Baton will have brought together through its route and symbolism, almost 2.5 billion people who share the special connection of being Commonwealth citizens.

Contained within the Baton will be a written message that will be opened and read at the Commonwealth Games in Australia next year.  However, there is an even more powerful message to be seen and experienced as the Baton passes from hand to hand, from seashore to mountaintop, through cities, towns, and villages.  It is the message of a peace-building Commonwealth.

The cornerstones on which peace is founded are, quite simply, respect and understanding for one another.  Working together, we build peace by defending the dignity of every individual and community.

By upholding justice and the rule of law, and by striving for societies that are fair and offer opportunities for all, we overcome division and find reconciliation, so that the benefits of progress and prosperity may be multiplied and shared.

As members of the Commonwealth family we can find much to be thankful for in the inheritances we have received from those who came before us. Through consensus and cooperation great things have been achieved.

We can find further reward and fulfilment by continuing to collaborate with others in a spirit of goodwill to build a peaceful and abundant future for all Commonwealth citizens.”