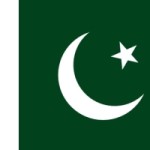 A receptionist of a television news channel and two police constables were injured on December 1, 2015 in a hand grenade attack on the office of Din News in Lahore, the capital city of Punjab province in Pakistan.

The attacker on a motorcycle hurled a hand grenade at the channel’s offices, along with pamphlets claiming responsibility for the
attack by ISIS – Khorasan Group (Daulat-i-Islamia Khorasan). The pamphlets also warned that such attacks would continue if the media houses did not stop helping the government of Pakistan and the army which were not implementing Islam and Sharia in the country.

The same group was behind a November 20 hand grenade attack on the bureau office of Dunya News television channel in Faisalabad, Punjab provice, which resulted in injuries to two employees. At the time the group had also warned media houses of further attacks.

Those injured in the attack on Din News were taken to hospital and are in stable condition. The blast damaged vehicles parked at the office, shattered windowpanes and also created panic in the locality.

Police have began an investigation into tje incident. Punjab Inspector General of Police, Mushtaq Ahmad Sukhera ordered the police in Lahore to increase security for media houses in view of serious security threats by militants.

The Pakistan Federal Union of Journalists and the Pakistan Broadcasters Association condemned the attack and demanded the authorities immediately arrest those responsible.