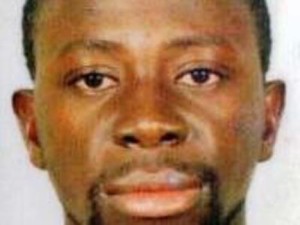 Ebrima Manneh of the Daily Observer, The Gambia – ©MWFA

June 5 marks seven years since the ECOWAS Community Court of Justice ordered the government of The Gambia to release “Chief” Ebrima Manneh, a journalist who has been missing since July 2006, and pay his family damages of US$100,000. Unfortunately, Manneh’s whereabouts remain unknown and the government has not paid the mandated compensation.Ebrima Manneh, a journalist with the Daily Observer, was arrested by plainclothes officers from the notorious National Intelligence Agency (NIA) at his newspaper’s office on July 7, 2006. The NIA officers asked Manneh to come to the Bakau police station for questioning, and he voluntarily went with them. It is believed that Manneh was taken for passing “damaging” information to a BBC journalist along with trying to republish a BBC story criticizing President Yahya Jammeh’s coup to power as undemocratic.During the year following his arrest, Manneh was spotted by prison, police, NIA, and civil society sources as he was moved back-and-forth between various police stations and detention centres. One year after his arrest, the MFWA received reports that Manneh was hospitalized for high blood pressure at The Gambia’s main hospital and was being watched by paramilitary officers. Despite overwhelming eyewitness evidence that the government arrested and detained Manneh incommunicado, the government has repeatedly denied taking him into custody.

By disappearing Manneh, The Gambia violated his human rights to life, dignity, liberty and security, and a fair trial, all of which are protected under human rights law, namely the African Charter and the International Covenant on Civil and Political Rights. Concerned by this violation and The Gambia’s worrisome human rights record, the MFWA filed for relief for the abuses perpetrated under West Africa’s King of Impunity against Manneh at the ECOWAS Court in June 2007.

On June 5, 2008, the ECOWAS Court held The Gambia responsible for disappearing Manneh and found that Manneh was illegally arrested and detained. The Court also ordered The Gambia to immediately release Manneh and pay damages to Manneh or, in his absence, to his family.

Despite several notices, however, the ECOWAS Member State has failed to comply with three Court judgments in favour of journalist victims: the decision in this case and two others on the arbitrary arrest and detention and torture of Musa Saidykhan and on the murder of Deyda Hydara.

On the seventh anniversary of the Court’s decision in favour of Ebrima Manneh, the MFWA reiterates its calls for ECOWAS to impose and enforce sanctions against The Gambia for its persistent non-compliance and violations of its statutory obligations. The MFWA also urges The Gambia to fulfil its obligations as an ECOWAS Member State by implementing all ECOWAS Court judgments and paying damages as ordered.